I've collected a very wide selection of books and magazines over the years. So I decided to post reviews and generial thoughts on the ones that contain something worth reading. 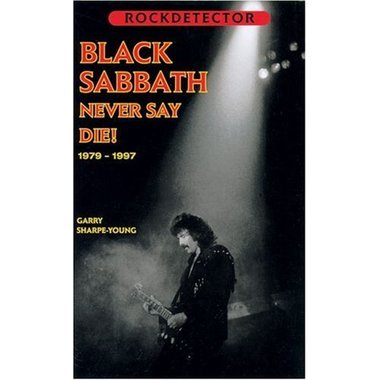 From Garry Sharpe-Young, the author of many great rock music books, comes THE book on the benind the scenes of the non Ozzy years. This book has got nothing but good reviews, and I'm going to jump on the wagon too. If you wanna know the story behind the albums and line ups of Heaven And Hell Throu Forbidden. Then this is your book. Goes into great detail and features the words from interviews done with most of the people involved. Also this has a great selection of photos that many I've only seen in this book. The text is a good size for reading with ease. 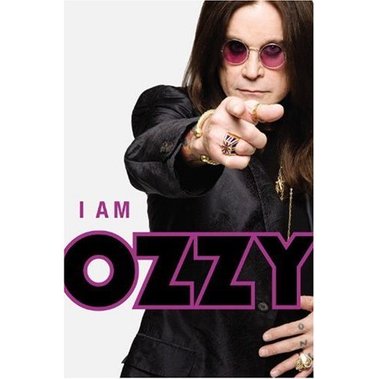 With Chris Ayres as the pen to paper man comes the autobiography on the one and only Ozzy Osbourne. Now let me start off by saying that for a book to cover everything. And to please everyone the book would be 1,000 pages long, if even that, called Love And War And Ozzy. Or a whole series of book which might be called Ozzy Potter : Prince Of Darkness! After that has been said this book does a great job on Ozzy the man. This book isn't about the music that much. Very few song titles are even mentioned. This book is a reflection of memories. From his childhood days, a prison term, school life, meeting and froming Black Sabbath, touring, his first wife and kids, Sharon and the kids, drug and drink problems. And there is some memories behind the albums. The Randy Rhoads years were detailed very good I thought. I've seen some reviews on there should be more of those years covered. To me the RR years could have a book just on it's own. Which there is a dvd 30 Years After The Blizzard. The God Bless Ozzy dvd is a perfect match to this book so I'd suggest getting that one too. 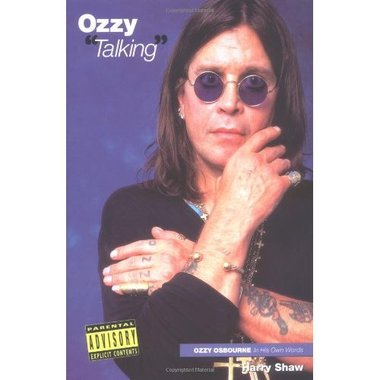 This book has some Ozzy/Sabbath pics I've never seen before. After years of collecting them. So that was what I bought it for. And was very happy with
after. This features lines from various interviews done with Ozzy and band mates. Nothing new information wise is in this book. Unless your a novice as we all were at some point

The Encyclopedia of Heavy Metal 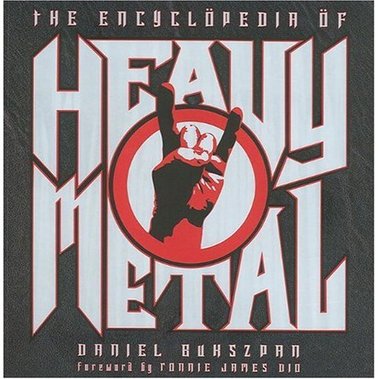 This does a good job of covering the most important bands of Heavy Metal. Each getting a two page article. This book is 11 inch by 11 inch and the pictures are big and in high resolution. This book was almost worth it's price by the pictures alone. This book also features a Ozzy vs Iommi article on it's own. Features also Dio and Ozzy solo articles. With an supreme forward by Ronnie Dio and a 'magic globe' picture of him.

Iron Man: My Journey through Heaven and Hell with Black Sabbath 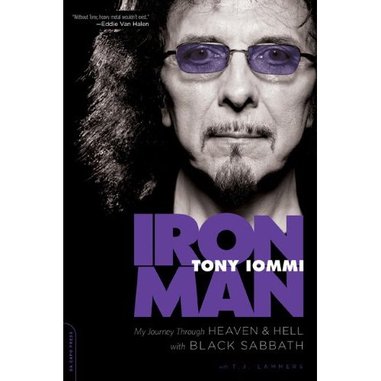 Well here's the man and his book. The one and only book on Iommi. Which he had to write himself. With as much history he has under his hat. You would think there would be ten books on him. But with that in tow, this book doesn't follow the 'proper' book format. It has a journal fel and reads like if Iommi is telling you his history. In front of you sharing a drink with him. I've read some negative reviews on the way it was structured. But Iommi didn't follow the 'proper' way of guitar playing either. So to me it fits. The most important thing is Iommi's childhood and early bands. Which not much info exsist on these early years. Rockin Chevrolets, The Rest, Mythology are covered. The hand incident has been known for years. Which Iommi goes into further detail. Some insight on the forming of Sabbath and the albums. The negatives on this book to me is it rushes through the writing and recording the albums. And I would have liked to have more road stories. I would say it rushes the line up changes but the Never Say Die book covers it in full. As far as pictures go it was a stellar collection. I've never seen any childhood photos of Tony. Also some Black Sabbath ones I don't remember seeing before. In final I'll say that with any biography, no one book can cover it all. You would need severial volumes or 1,000 packed pages. Some wouldn't be happy unless the book got down to every detail. Exsample : On October 19 1971 I woke up. Brushed my teeth. Got dressed, had a pancake etc etc. This goes on my best books shelve and it's there proudly.

Ozzy Osbourne: Diary of a Madman 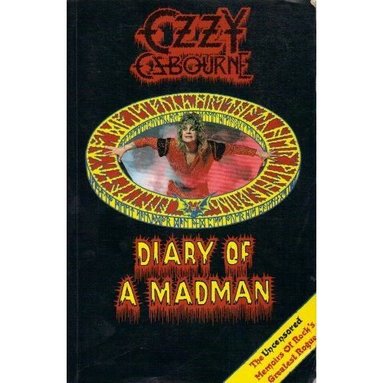 Mick Walls authored the bio book on Ozzy here in 1986. It's actually a very detailed manuel on the Sabbath days and the first 6 solo years. Includes the text from a couple exclusive interviews. Very timeline correct too. I belive this may have been the first book to mention the 1977 Dave Walker brief tenure in Black Sabbath. So far the most detailed telling of the Randy Rhoads years. So until an Ozzy/Randy only book comes along, this is your best representation. The songs from these first albums are explained in great detail. Better than any other bio style Ozzy book. Includes a well done discography on Sabbath and Ozzy solo albums and singles. The pictures I consider to be a stellar collection. The majority were new to me when I bought the book. Ten years later I still haven't seen a lot of these elsewhere.
http://edtradernet.weebly.com/