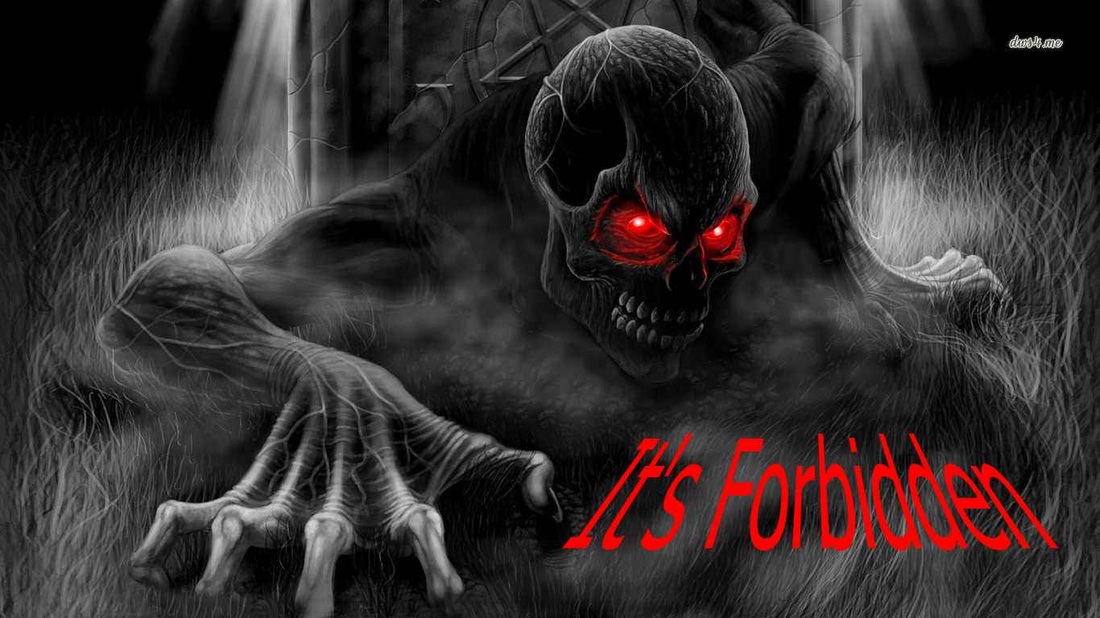 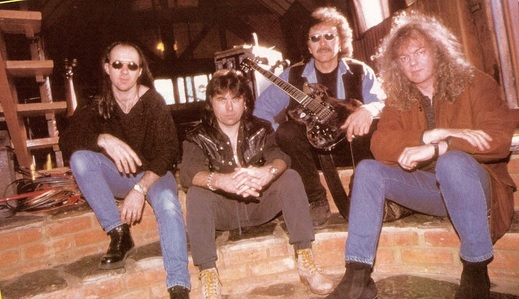 This line up put Black Sabbath on its feet during '89-'90. Unfortunetly all that has over shadowed by the Dio-Iommi-Butler-Appice reunion. That lead to turmoil and a album that no where near lived up to it's promise. Cooling all the positive heat that Headless Cross and TYR reached. That re-group didn't last long. Nor did the Cross Purposes line-up. So the band had yet other reunion in the 90's. It would be later proven that the engines were cooled too much. That it couldn't be rekindled. Both Bill Ward and Geezer Butler removed themselves. Geezer expressed that he preferred the stuff he was writing for his side solo project than what he was writing for Sabbath. Right away Iommi came to the conclusion that he needed to get the guys he could trust. That could just plug in and play without all the hassle. Cozy Powell and Neil Murray were those two so he called them up. Within days they rejoined. With Geoff Nicholls keeping his post on what was to be his last Sabbath studio album. Nicholls. Iommi & Martin said in '94 that they wanted the next album to be raw and ultra-heavy. No over production or alot of overdubs. Where they just play and there's the album. The band worked up the demos and everyone seemed happy with these tapes. Tony Martin has said he perferred the demo/rehearsal of the songs better. "In rehearsal they sounded killer" I think is the quote I read him say. After putting together all these songs it was time to get a producer and get the album done. IRS convinced Iommi that they needed a young more hip producer. One with a more every day man on the street feal. Thinking Sabbath had lost that in themselves. Ernie C. (real name Ernie Cunnigan) had gained some note as the producer and guitarist in the Ice T fronted hip hop-rock Body Count. Body Count did indeed have some heavy material under their belt. You do have to appreciate that it was a different ingredient. A&R Records who handled Body Count made the first connection. Iommi was gave some cds of Body Count and liked it's sound. Cozy Powell was dead set against the idea. His take was to do an album that followed Headless Cross and TYR. That idea was exited quickly by everyone else. That sound wouldn't have worked period. Too 80's and even now I know fans that don't like that recorded due to it's 'recorded in a canyon' sound. Iommi for the first time since Sabbath Bloody Sabbath totally left the mix and production up to another. Iommi went on to say it wasn't as ultraheavy as he set out. That they would write something not so heavy and everyone would like it. Martin would go on to tell Venessa on Headbanger's Ball that he just sang what popped in his head. Just whatever lyrics or melodies would just fly out. 'Vocal Vomit' was the term he used. But none the less once they went in the studio and in just 8 days it was done. Making it the 3rd fast album after Black Sabbath & Paranoid. Shaking off The Chains I'd put on the same family tree as Sabbath Bloody Sabbath. A very angry hard guitar crunch. Ernie C later expressed that the version out there is somewhat different than his total version. Reaction from the IRS Record guys was mixed about the mix. The final say bosses said it was too dry and had too much of a Nirvana spin to it. So some other guy started to remix it giving it that 80's sound. But that quickly turned to confusion. So he was called back to England and to patch up the work. Brian May came down to the studio and listened to Ernie's work. He liked the sound and told Iommi that this sounded like what Sabbath sounded like 20 years ago. So the third mix ended up going on sale. However not everything got to be fixed to Ernie's orginial. So there are three different mixes of the album.

Shaking Off The Reaction

But the music scene didnt have rock as it its top priority. Even rock music fans didnt treated this with much attention but it's became a cult classic and has it's fan base. After the most line up changes any band ever had in ten
years you really cant blame the public too much. With that being said this album is the most underrated Black Sabbath album ever. Problems for fans about this album include they had a rapper guest vocalist. It sounded flat and lifeless with little effort. Sounded like Martin wasn't even trying to sing. One review I read suggested Martin might as well phoned in the words. Now another thing is the rumor that this was a throw away album to let Iommi out of the contract with IRS. Evidence against this theory is that 'The Sabbath Stones' was the album to finish off the contract. Also that Iommi wouldn't have had two noted musicians and friends in Cozy and Neil be on bad album. Which could have hurt their careers not to forget why would Iommi pay salleries like there's when he could have got unknowns for a cheapier price. Neil Murray was on the 'Masters Of Reality' dvd where he said it was just an album idea that didnt work well. That all the best intentions were in it. When it comes to album promotion it's widly said there basiclly no radio/tv play of the albums single/music video 'Get a Grip". Which is some what true. Sure Sabbath wasnt one of the top ten artist on MTV. But all the rock music magazines advertised the album and
did articles. Sabbath did severial TV shows around the world where they did interviews and played the music video. So rock music fans knew the album was out there. For those who have heard of this album know the split fan bases. Some fans love it and understand the album. And find all of its good points. While other hate, thank it's sh@t.  Cozy Powell and Tony Martin feel so strong about the negative side that they refuse to ever listen to the album. 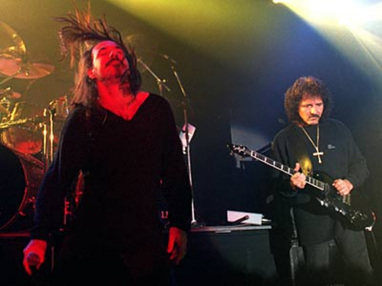 Black Sabbath Tony Martin Tony Iommi live
The tour begin on a good start. With appearences at big music festivals in Denmark and Sweden. The Sweden Rock Festival produced an audience dvd and FM broadcasts. Both among the best documents of live work for the tour. Most note worthy is this is the only live exsamble of I Won't Cry For You. Then off to America with Motorhead as the backing band again. Iommi and Powell were back to their prank ways again. The usual things like setting beds on fire. Throwing TVs out of windows. The good ole stuff. Even hanging a blow up doll off a balcony. Then droping it on the crowd below. The band heads to California for a set of dates in August. Where Cozy would make his parting point. Cozy went back to the band with all good intentions. It just got worse and he slowly was just tired of the work with Sabbath. His role had changed and it wasn't fun anymore. And he left to save his friendships with everyone in the band. (We should all Be so greatful for all the hard work and the music COZY POWELL gave to Sabbath and the world. R.I.P.)

Bobby Rondinelli is brought back for the rest of the Forbidden tour. There is one unfinished business about Vinny Appice during this time. I have seen and received message saying "Hay, didn't Appice think about playing with Sabbath some in 1995." Vinny Appice did NOT play for Black Sabbath during this tour. At the time there was a rumour that started because Tony Martin announced that Vinny was in the audience. This was during Cozy's last show so Sabbath fans turned this into Vinny was replacing Cozy. Which Appice was firmly involved with Dio at this time. Now there has been alot said of Tony Martin's singing during this period. 1994 Martin had a throat infection. Im not saying I know for a fact but I think he was still feeling the affects of this. I read that some say his heart wasn't totally into what he was doing at the time, which mentaly hurt his voice. Whatever reason this tour wasnt his best singing.  Sabbath appeared in concert on tv in Gzira, Malta. Which the show is in dvd/cd trading. Also Sabbath was broadcast live over FM radio in Poland and the cd is in cd trading. While touring Japan sabbath had added Changes to the set. Cancelled dates in Australia wasn't the only tour stops. The tour was cut a few weeks short in order for Iommi to have Carpel Tunnel surgery. At first a doctor in America told him it was his neck that needed surgury. A specialist in England diescoverd it was the commom wrist damege that needed repaired. A big part of the tour Iommi once again had to pay the day to day exspenses. Buses, gas, hotels ets ets. So Iommi had no problem shuting the tour down. This was to be the last round for Tony Martin. Sabbath played Bangkok and thus this line up up ended.
http://edtradernet.weebly.com/